Debate is described, by Merriam Webster, as “a formal discussion on a particular topic in a public meeting or legislative assembly, in which opposing arguments are put forward.” Tolerance, by the same arbiter, is “the ability or willingness to tolerate something, in particular the existence of opinions or behavior that one does not necessarily agree with.” Why do we examine these things here? As an interested party of the Masonic Philosophical Society, it is our position to debate, with tolerance, the yes or no questions put forward to us. We are directed to keep an open mind and examine the nuances and subtleties that make us different and thereby enlarge the scope of our own understanding. In the mission statement of the M.P.S., we read, “The Masonic Philosophical Society is an institution which aims to provide an environment of exploration within the framework of Masonic principles and to inspire individuals to self-awareness.”  M.P.S. meetings, for those who have been to them, are respectful interactions between differently-minded people, each make a case for or against a specific subject. The Meetups are, for all intents and purposes, a mini-debate.

The art of classical debate has slowly been dissipating in our modern society. In Ancient Greece, the “Socratic Debate” was a form “of cooperative argumentative dialogue between individuals, based on asking and answering questions to stimulate critical thinking and to draw out ideas and underlying presumptions.” At the height of 18th Century “Enlightenment” culture, debating societies were the norm in London. It is thought that out of those debating societies, school debating societies emerged. There are a few debating societies in assorted countries today, but they are difficult to find. What debate there is appears to have morphed. If one listens to school competitive debating teams in recent years, it look as if to be less about the idea of sharing thought and more about speed, points of rhetoric, and form. One must study for weeks to prepare and be ready for the speed and style with which points are addressed an answered; words spoken are almost unintelligible to bystanders. Likewise, a political debate is little more than a series of standard rhetoric, backbiting, and false facts set under the title of “debate.” Luckily, such organizations such as “The Commonwealth Club” [https://www.commonwealthclub.org/] exist to be able to listen to informed debate between two very differing points of view, whether it be on climate change or mental illness. It is a true exchange of differing ideas.

In a recent conversation on media, it was pointed out that the average individual in the 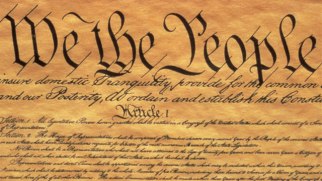 United States, prior to the advent of Yellow Journalism about 1895, received their “news” from varied opinions. Newspapers, the main form of information, were clear in their support of one political party or the other; with names like the Carolina Federal Republican, Democratic Press, or the Impartial Register, you knew clearly which way the articles and opinions would be written. You knew the “slant” of the news. From the printing of the “Federalist Papers” in the later part of the 18th Century until the end of 19th Century, people of the U.S. read partial and partisan newspapers willingly and enthusiastically. All indications are that people read more than one; it was not uncommon for people to read many papers espousing what they believed and what they did not in order to round out their opinions on the matter. The Jeffersonian way of thinking held sway:

The way to prevent these irregular interpositions of the people is to give them full information of their affairs thro’ the channel of the public papers, & to contrive that those papers should penetrate the whole mass of the people. The basis of our governments being the opinion of the people, the very first object should be to keep that right; and were it left to me to decide whether we should have a government without newspapers or newspapers without a government, I should not hesitate a moment to prefer the latter. But I should mean that every man should receive those papers & be capable of reading them. – Thomas Jefferson

It has only been since the squelching of Yellow Journalism and the adamant fight of objective reporting that we have really had mostly “impartial” news – the majority of the 20th Century. In modern journalism school, the writer learns there is no “I” except on the opinion page; facts are reported and only facts. Current generations have been told that their media should be impartial and driven by facts. Opinions do not have a place on the nightly news. However, we are rounding a new era of citizen reporting with the advent of the internet, where anyone can write a blog, a newspaper, form an opinion, and post it on Twitter. Opinions are being touted as fact, and it is up to the reader to discern what is true and what is not. We are no longer subjected to generally objective reporting, and we are learning how to deal with it as a culture. An excellent Freakonomics episode on this subjected is entitled “How Biased is Your Media.” [http://freakonomics.com/podcast/how-biased-is-your-media/] 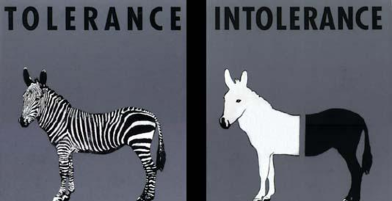 In this new electronic media era, we are learning again how to debate and how to be tolerant. We are learning to see more than one side, and to perhaps give leeway to “the other guy;” being able to see the whole picture gives us a 360-degree view. If we didn’t have the other person’s outlook, we only get half of the story. As human beings, we need to remember that our perspective is limited by our senses. In addition to our physical perception only being able to see what is in front of us, we register different words and not others, we see different colors than are “true.”

In this book, “On Being Certain: Believing You Are Right, Even When You’re Not” [https://www.amazon.com/Being-Certain-Believing-Right-Youre-ebook/dp/B003J5UJHW/ref=sr_1_11?ie=UTF8&qid=1492057108&sr=8-11&keywords=certainty], author Robert Burton states that “certainty is a mental sensation rather than the evidence of fact…” From the sciencebasedmedicine.org article noted below, “Certainty and similar states of ‘knowing what we know’ arise out of involuntary brain mechanisms that, like love or anger, function independently of reason. Your certainty that you are right has nothing to do with how right you are.” In other words, we need to be conscious of the physiological and mental needs of certainty overcome this “mental sensation.” We get that by listening and interacting with others of differing viewpoints and continually testing ourselves and our ability to be silent and listen. We can’t hear if our ears are jammed up with our own “certain” thoughts. The interesting article from sciencebasedmedicine.org on this book is located here.

There are some who might say that politics has no place in the Masonic Philosophical Society blog, as it’s associated with Freemasonry, and Freemasons absolutely do not speak about politics and religion. Political or religion talk breeds strife and dissent; it divides where Masonry builds. Yet, the M.P.S. is not Freemasonry but a different entity where philosophical views may be debated with respect and tolerance. There are others who say, “bring it on!” They are willing to look at the arguments presented as more philosophical discussions and less about “Freemasonry.” This varying point of view about the blog posts is a debate as much as any two articles posted are a debate. In learning to debate, we breed tolerance and therefore become better people – the whole devoir of the Freemason.  It may even be that the idea of debate may be debated; is it not that all aspects of life may be open for free thinking?

In debates, the same arguments 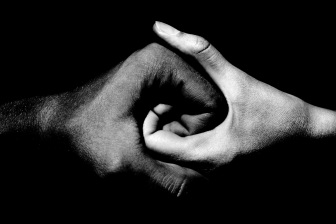 might be presented for differing points of view and to stimulate the thought that there may be varying sides of a debate even outside of the presented topic. Those who have been on debate teams are aware of the need for a well-rounded view when it comes to debate; seeking beyond what we know and what we think we know is difficult. We need that jolt of a drastically different viewpoint to understand that wider view of the world, and to understand how others think and live.  In order for that to happen, we need to be able to listen well and with tolerance.

We should be unafraid to approach sensitive topics and learn about them ahead of time. There may come a time when a drastic point of view is presented and tolerance is tested in an M.P.S. discussion; it’s at that moment when we can let go of the “self” and truly learn more. Like our 19th Century forefathers, we can then wade into it willingly and with an open mind, learning both sides of an argument and thereby create some tolerance within our own minds.