The Seven Liberal Arts – The Trivium

The Liberal Arts have been, from antiquity, been the foundation stone upon which knowledge of the natural world rests. The seven liberal arts have been utilized since ancient Greece. Plato and Pythagoras were first in codifying their importance; the flowering of our western understanding of the liberal arts took place in medieval education systems, where they were categorized into the Trivium and the Quadrivium. Grammar, Logic, Rhetoric are the Trivium, and Arithmetic, Geometry, Music, and Astronomy are the Quadrivium. The Trivium combines the use of the senses with knowledge to lay the foundation for further study. The Quadrivium was considered to be the higher level education for the philosopher, and employed the use of the Trivium to be able to compose higher ideas and thereby, expand the knowledge of the human condition.

and without a Freemasonic connection. It’s up to you, the reader, to decide what you’d like to do with the information.

Plato’s Dialogues explain the curriculum outlined in detail and for any serious student of liberal arts, Plato is required reading. I, therefore, will not relate these concepts here. Suffice to say that the study of the Liberal Arts is more of a study of knowledge than it is of any specific actual data and information. As we may have learned by now, knowledge without application is dead and useless. Knowledge in the pursuit of higher ideals and higher ideas is more valuable than… than… well, you get the idea. Remember, one of the goals of Freemasonry is to better the human condition while standing up in defiance of falsehood, ignorance, and hatred. How do we do that if we are not searching to better our communication and knowledge, and the ways to bring both to life?

The Trivium is, as I said above, the foundation stone of the Seven Liberal Arts and really provides us the method and ability to communicate. It is composed of Grammar, Logic, and Rhetoric.

While these all seem to be in relation to language, they are much more than language. They are the skills involved in achieving these ends. Therefore, the study of Grammar is also the study of history, geography, reading, and writing. It is basic, absolutely, but more encompassing than simply learning one’s ABCs and how to put pen on paper and write. Logic is about how we learn – we use our senses to experience, put our minds to thought, question, and experiment. We learn to ask the correct questions to achieve the answers we seek. They are not provided to us – we must seek them out and test for ourselves. Finally, rhetoric is the ability to take what we have learned with grammar and dialectic and put them firmly into the hands of an audience we are attempting to persuade. Rhetoric uses emotional discourse, thoughtfully created and properly applied, to communicate new ideas.

If it is not clear to the Freemason now why at least the Trivium is not important, one might want to question what they have actually learned while being a Freemason. Many may think that Freemasonry is all about enlightenment, walking in squares, or religious meanings. It might be those things to some but I think the true goals of Freemasonry are to provide a framework of how to be in the world, to make that world better for those that follow us but more importantly, for our own betterment. We cannot communicate lofty ideals via ritual alone – we need to be able to express what we have learned to a wider audience, to bring new thoughts to a wider world. To me, when we talk about service to the world, there is no greater service than being a hand-up to the betterment of the human condition and we do that by “teaching a man how to fish.” Study of the Liberal Arts is by one means to catch that “fish.” 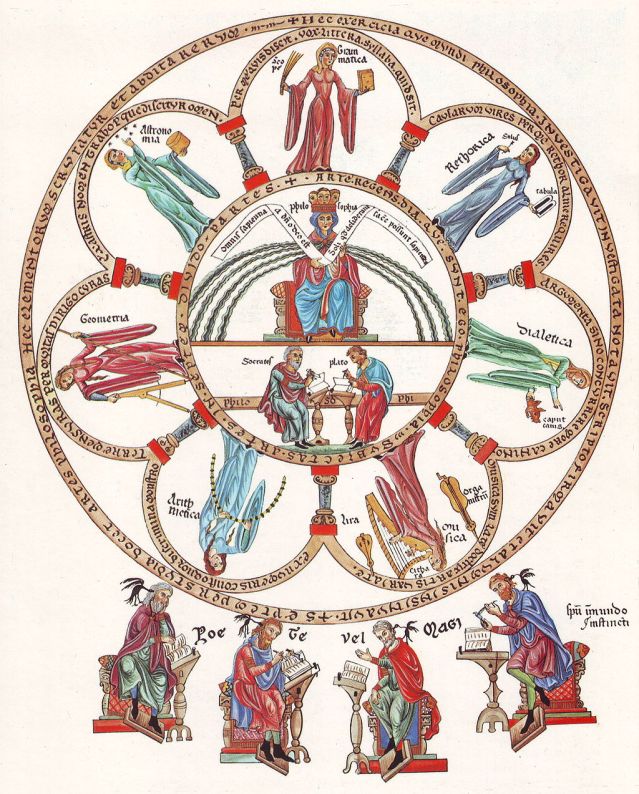