Magic or Science: What are the Hidden Mysteries of Nature?

Recently, I was with a group of Freemasons having a passionate discussion about the word “magic.” Some of the members of the discussion group felt that Freemasonry is “magic,” while others disregarded the word as superstition and illusion. Still others were exploring different meanings, trying to find within themselves how the word made them feel, what it made them think, and what was their own relationship to magic. As Freemasons, we regularly discuss religion, or rather, being religious. We sometimes specifically compare religious symbols to one another and generally explore spiritual diversity and messages. Often corrupted by men, we lose site of what being religious truly is. We almost never talk about magic, even in free-thinking circles and in public, you only hear “magic” discussed, generally, with humor, disgust, or fear.

Most humans may lose sight of what being “magical” is. Our current world is corrupted by the thoughts of the fearful in so many ways, it’s often hard to tell that we’ve been conditioned by it, by ourselves, by our family, media, and friends. For example, when we use the word magic, it tend to conjure up thoughts of either something horrific, like ritual sacrifice or Voldemort (Yes, I said his name). It might bring to mind witches, burned at the stake, or witches doing strange things in forests at night. Yet, the word magical also tends to bring us to Disney artifacts (Tinkerbell, anyone?), gigantic film special effects, or even dreamy, personal experiences – think, Christmas at Rockefeller Center. The point is, we have not explored the word magic as much as we’ve explored the word religion. However, both may be important to humanity and the Freemason as well. Our ingrained fears stop us from talking about the word and stick it in a cave, hidden from the rest of the world. It’s time to do a little word spelunking. 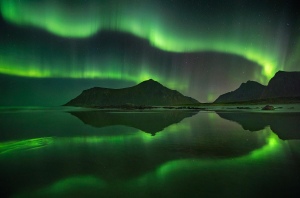 The word magic is presumably derived from Old Persian and possibly from the proto-Indo-European language as meh-gh, which means “to help, power, to be able to.” It’s taken many forms over the years, from everything to indicate the workings of scholars, sages, Zoroastrian priests, rituals, spells, and eventually related to something or someone not of your religion. If you didn’t understand it as part of your personal religious upbringing, it was considered magic, especially by both Judaism and Christianity (13/14c C.E) . In Frazer’s The Golden Bough, he illustrates a very thorough journey from folklore, myth, magic, and religion, to the science of modernity. From what I have so far deduced and experienced, the knowledge and wonder of discovering how the natural world works is what magic has been for thousands of years. It’s learning, understanding, exploring, and working in conjunction with the natural world. Forget the word’s baggage and take it back to its origins: the wonder of the natural world that brings us awe and teaches us reverence and respect.

We’ve all learned that humans put their own connotation on the words we use, and shared and agreed-upon usage are how they become “fact.” We should do our best discard dogma; if something imparts an emotional response, it seems to be time to explore it, not shun it or parrot someone else’s belief. Understanding the words we use, like understanding ourselves, gives us authenticity and gives the words power.

Understanding the truth of what magic is seems to be related to how we are in relationship with our natural world. I understand magic to be the physical laws of nature and the universe that I do not currently comprehend thoroughly, and and magic is the process of continually learning how to “be” and be in harmony with our universe. This is not so far from what we perceive herbalists do when they understand plant lore and heal the sick, or weirdly enough, the gymnast who understands the laws of gravity and motion in his body, and can execute the most incredible flips and jumps. Have you ever had someone throw a ball in your direction and you reached up your hand to grab it at the perfect time, even if you might not have been looking at it coming toward you? How did you do that? Magic? Perhaps you understand the laws of motion and the physics of gravity well enough to make the catch. Others may not. To them, it appears as magical. 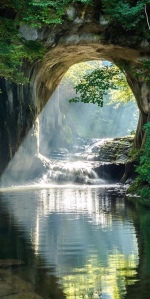 The “magical” feelings evoked are the impetus for the process of discovery. We first see something that entices us, intrigues us, gives us a certain spark of interest and imagination. What did we just see? What happened there? Then, we may try to recreate it, seek its origin, find out how to do what it is we saw. “To be able to” means we’re learning magic. From the learning how to do, we wonder and our interest continues. We start dissecting, breaking apart the machine of nature to figure out its meaning, its purpose, and its origin. We might take a path through religion to get there, or we may jump right to science – either is an option. Once we find the how, we seek the why.

There is a quote from a book by Arthur E. Powell, The Magic of Freemasonry, which takes me toward the part Freemasonry plays. It is this:

“Why do men love Masonry? What lure leads them to it? What spell holds them through the long years? What strand is it that tugs at our hearts, taut when so many threads are broken by the rough ways of the world? And what is it in the wild that calls to the little wild things? What sacred secret things do the mountains whisper to the hillman, so silently yet so surely that they can be heard above the din and clatter of the world? What mystery does the sea tell the sailor; the desert to the Arab; the arctic ice to the explorer; the stars to the astronomer? When we have answered these questions mayhap we may divine the magic of Masonry. Who knows what it is, or how or why, unless it be the long cable tow of God, running from heart to heart.”

So, is Freemasonry magical? Not in the way that Disney or Satanists or even fundamentalists of any religion would have the world think. That is fear and ignorance asserting themselves. 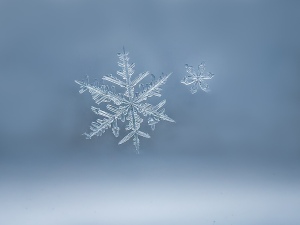 I believe it’s the discovery of the world around us that is magical. It persuades us to keep seeking and searching for the mysteries of nature and science. It speaks to us of understanding our world – not just the laws of men but also the laws of nature and whatever source it is that keeps us all “together.” Some may call it God, The Force, Allah, Jehovah, Yahweh, Diana, Odin, the Tao, Krishna, and a host of other names. Perhaps they are just human mirrors of the same “thing” that ties us together. Perhaps that is the thing I am truly seeking: smashing the mirrors to understand what lies on the other side.

I would say that Freemasonry encourages magic and magical behavior, magical thought, and a magical mind. Ritual of any sort has a purpose and the structure, words, ritual, and trappings of Freemasonry are not as simple as to call them purely “magic.” Freemasonry requires a curious mind to work on its initiates. If one is not curious about Freemasonry and about the world in general, they will see Freemasonry as an institution, made for charity work, a fraternity in which to socialize, and a series of rituals that just encourage the participant to gain degrees. Maybe, for those masons, that is a first step, and maybe if there are more lives than this, we keep Freemasonry going for theirs, and our, future selves.  I see it as the Freemason’s duty to continue to keep our minds open and test our theories, test the world, be inquisitive; thus, perhaps Freemasons are magical scientists.

I do not think that magic is the antithesis of science. I think it is a step in the process of discovery, of which science is another. Science, which is “such knowledge, general truths, or such a system of knowledge concerned with the physical world and its phenomena” is another charged word, especially in the information and technology age. Is Freemasonry scientific? Take your own voyage and let me know what you think. This is your journey, too.