Why is a Masonic Temple called a Lodge? This is a very good question; and the correct answer to this question is full of valuable wisdom that is of great and essential importance to Freemasons in particular, and to Philosophers in general. So, let us begin to unravel this mystery so that we can discover some of the useful life lessons that it has in store for us as Philosophers, or as lovers of wisdom. 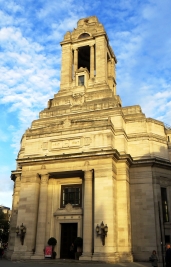 masonic symbols, and to unknowingly give a false interpretation to not only our symbols, but to Freemasonry as a whole.

This is most often a result of the student limiting his studies to a trash heap of purposely misleading books and articles on the history and subject of Freemasonry that have been published by unqualified, overly pretentious, and overtly biased, self-proclaimed “authorities” on the subject.

However, this lack of a true understanding of Freemasonry is primarily due to the student making the costly mistake of overlooking the significance of the simple fact that the work of ancient stone masonry, which Freemasonry uses as an analogy or symbol of its own work and teachings, was centered around religion and philosophy, which is to say, the worship and study of Mother Nature, ourselves, and the divine.

As the old saying goes, “the true nature of a tree can be known by the kind of fruit it produces,” and the ancient stone masons (not to be confused with brick masons), who were of many different cultures, nationalities, and religions, were the builders and creators of all of the most important buildings of the ancient world, which were the temples and monuments dedicated to the Gods and Goddesses of ancient religion. By overlooking this aspect of the nature of the work of ancient stone masonry, the non-co-masonic student of Freemasonry usually misses the point that Freemasonry is likewise centered around God, the Supreme Architect of the Universe.

The religious, philosophical, and spiritual nature of Freemasonry is the reason as to why the meeting place of any group of Freemasons is called a temple, which is defined in everyday language as being a building devoted to the worship, or regarded as the house or dwelling place, of a God or Gods.

On the other hand, a masonic temple, as was already mentioned, is also called a lodge, and this is because ancient stone masons (who were literally travelers, or “traveling men” and “traveling women,” due to the nature of their work, which often required them to leave behind their families and homes for long

periods of time as they traveled from place to place and worked on various building projects all throughout the country) would always build several temporary houses, called “lodges”, near their work site, which they used as both shelters and workshops.

Although this obviously gives us the superficial reason for which we symbolically call our temples “lodges”, it would be very unwise of us to automatically conclude that this is the reason for this ancient universal custom in its entirety, since we know that Freemasonry is essentially philosophical and spiritual, and uses its symbols as its main method of teaching and expressing important life lessons that are based on timeless philosophical principles and truths. It is therefore very highly likely that the word lodge is a masonic symbol that indirectly expresses a very deep and fundamental lesson for us about the true nature of our existence.

Since the word lodge is synonymous with the word temple in the symbolic language of Freemasonry, we must logically conclude that they both symbolically refer to the human body as the “house” that God lives in. As is said in I Corinthians 3:16 of the Holy Bible, 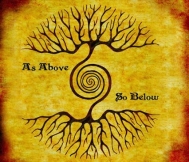 which is another one of the many symbols of masonic philosophy and spirituality: Do you not know that you are the temple of God, and that the spirit of God lives in you?

Once again, a lodge, by common definition, is a temporary house or home, as opposed to a permanent house or home, which would make a lodge a very fitting symbol of the Universe, since the Universe is not only “the house and home of humanity,” but a temporary house and home for us, as we will not be living in this world forever. We will all, one day, die. But until then, we must continuously come together and unite as

Freemasons to do the work of Freemasonry (which is to evolve and perfect humanity) within the “lodge” or “workshop”, meaning within the Universe or world of everyday life. This is perhaps the most basic of all of the valuable life lessons that we are indirectly taught by the masonic lodge being a symbol of the Universe or the macrocosm (the “big Universe”).

When we look at the masonic lodge as being a symbol of the human body or the microcosm (the “little Universe”), we learn an equally valuable life lesson. In the same way that the Universe is a temporary house and home for humanity, so is the human body for the Spirit of God. And just as we must continuously come together and unite as Freemasons to do the work of Freemasonry within the workshop or lodge of the Universe collectively, so must we also do the work of Freemasonry on an equally constant basis individually, within the secret, inner lodge or workshop of ourselves as individuals, thereby achieving balance and harmony between the two opposite poles of selflessness and selfishness within us.

As we can now see, the use of the word lodge as a symbol of Freemasonry contains some very useful and valuable life lessons for us, indeed. So let us take heed. And let us continue to work both collectively and individually, but most important of all, unceasingly, toward the evolution and perfection of humanity.

For a deeper understanding of the masonic and hermetic principle of correspondence, which is mentioned in this article, and to help expand the Great Work of the Masonic Philosophical Society, purchase the book, The Kybalion.