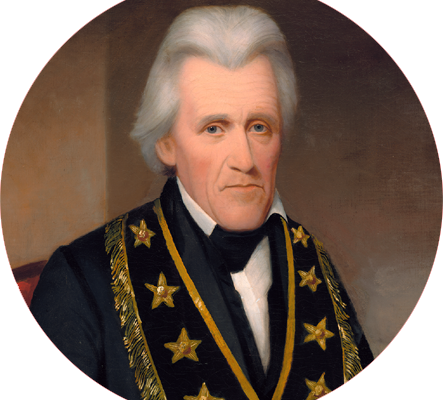 The Caucus, Primary, and National Party Conventions: How Has History Shaped the Presidential Nomination Process?

How do U.S. political parties nominate a candidate for President? To win the nomination in one of the parties, the candidate collects pledges from a majority of the delegates to the parties’ National Conventions, currently held during the summer before November’s general election. There are three methods used presently to allocate delegates to presidential contenders: 1) the Caucus System, 2) the Primary System, or 3) a combination of the two. To determine their candidate, each state hold’s a political contest, referred to as a caucus or primary.  The caucus method is organized by the political parties, whereas, primaries are organized and overseen by the State government. The candidate who secures the highest number of delegates at the political convention wins the nomination and competes in the general election. How has history shaped this nomination process, and how did Freemasonry impact the evolution of that process?

As the older method of choosing delegates, the caucus system was utilized by all States in the Union until the 1832 election. The term “caucus” is derived from Latin origin, meaning,  “a drinking vessel” and was used to describe informal local po

litical clubs prior to the forming of the United States.

A caucus is defined as “a meeting of a political group to select candidates, plan strategy, or make decisions regarding legislative matters.” In the nominating process, a caucus is a local meeting where registered members of a party gather to select a delegate that may represent them at the National Convention. In most states, the attendees at the precinct caucus vote for their preferred party candidate, which informs and directs a percentage of the State’s delegation at the National Party Convention. In 2016, approximately 123,500 Democratic voters in Colorado attended their local caucus on March 1st and voted to select a party candidate. In contrast, the Republican Party in Colorado decided to forgo voting for a candidate in their precinct caucuses and only selected delegates for their future convention. This means that of the 5.5 million citizens of Colorado, only 2.2 percent of the population voted to select a Presidential candidate for the 2016  general election.

In 2016, thirteen states (Iowa, Nevada, Colorado, Minnesota, Kansas, Nebraska, Maine, Idaho, Utah, Alaska, Hawaii, Washington, and Wyoming) utilized the caucus system. In most states, only registered voters can participate in a caucus, and they are limited to the caucus of the party with which they are affiliated. Caucuses are typically used in combination with congressional district assemblies and a state convention to elect delegates to the national nominating convention for presidential elections.

A primary is a state-run process of selecting candidates and delegates, where the results are used to determine the configuration of delegates at the national convention of each party. Unlike caucuses, primaries are conducted at regular polling stations, paid for by the state, and overseen by state election officials. Voters cast a secret 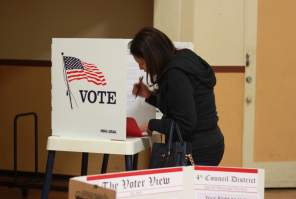 Prior to the 1970s, most states utilized the caucus system to choose their delegates, but public outcry over corruption by political bosses led to substantial changes in the process for the 1972 election.  The caucus system favored powerful leaders 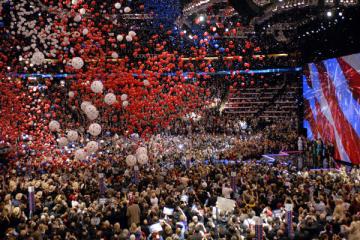 with pull in their delegation like famous party boss Mayor Daley of Chicago. In 1968, CBS reporter, Martin Plissner, stated, “If Daley instructs the Illinois delegates to vote for Ho Chi Minh, all but twenty votes will go to Ho Chi Minh without question.” In an effort to make the nomination process more inclusive and transparent, most states have moved to the primary system.

Every four years, a political party national convention is hosted, usually in the summer, by the major political parties who field nominees in the upcoming U.S. presidential election in November. The purpose of the national convention is to select the party’s nominee for President, adopt a policy platform, and adopt the rules for the party’s activities for the next election cycle. During the convention, a roll call of the votes is held, where each state delegation announces its vote totals. If no candidate secures a majority of delegates during the first vote, a “Brokered Convention” in invoked. In a brokered convention, most pledged delegates are released from their agreements to support a specific candidate and delegates are then able to switch their allegiance to a different candidate. The party nomination is then decided through a process of debate and rounds re-voting until a candidate is selected.

Before 1820, members of Congress would hold a caucus meeting and nominate candidates from their party. There were no primaries or national conventions, instead congressional party members gathered in a caucus meeting to decide the party’s candidate. The system was altered following the U.S. Presidential election of 1824, referred to as “The Corrupt Bargain 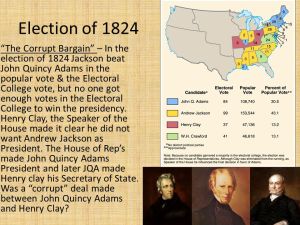 ,” when Andrew Jackson won the popular and electoral college vote, but the U.S. House of Representatives chose John Quincy Adams to be President. Mr. Jackson decried the corruption stating, “I weep for the liberty of my country when I see at this early day of its successful experiment that corruption has been imputed to many members of the House of Representatives, and the rights of the people have been bartered for promises of office.”

Andrew Jackson, a Freemason and Grand Master of the Grand Lodge of Tennessee (1822-1824), was among the most strident critics of the caucus method of selecting candidates. In his 1828 presidential bid, Jackson ran with the vocalized intent of restoring the voice of the people to the election process. As a man of the people, Andrew Jackson argued that the caucus system was elitist and undemocratic, as only a small percentage of the population was engaged in the process. Jackson pledged that he would open up the system to increase the political power of the electorate, and he proposed to eliminate the Electoral College and institute a direct popular election of the president. Jackson argued, ” Our government is founded upon the intelligence of the people. I for one do not despair of the republic. I have great confidence in the virtue of the great majority of the people, and I cannot fear the result.” The election of 1828 was described as a “triumph of democratic politics,” in which more than 1.1 million men participated compared to only 300,000 in 1824.

Andrew Jackson was elected U.S. President in 1828 and was re-elected in 1832. In 1832, national conventions were held by the political parties, including the Anti-Masonic Party which held its convention in Baltimore, Maryland on September 26, 1831 to select William Wirt as their Presidential candidate.  President Andrew Jackson, candidate of the Democratic Party, won re-election against Henry Clay the candidate of the National Republican Party, and William Wirt the candidate of the Anti-Masonic Party. Jackson won with 219 of the 286 electoral votes cast in the national election.