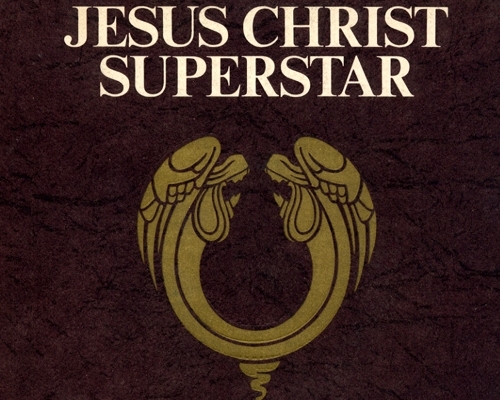 In 1971, Andrew Lloyd Webber and Tim Rice debuted the rock opera, “Jesus Christ Superstar,” on Broadway at the Mark Hellinger Theatre. The musical began as a rock opera concept album which was released in 1970, and a film adaptation of the musical was released in 1973. The narrative is based on the New Testament Gospels’ account of the final week of Jesus’ life: spanning from the preparation of Jesus and his disciples prior to their arrival in Jerusalem to Jesus’ crucifixion. A worldwide phenomenon, “Jesus Christ Superstar” has been professionally produced in forty-two countries and has grossed more than $205 million dollars since 1970.

The Rock Opera begins focused on the Apostle, Judas Iscariot as he watches Jesus with a group.  Judas expresses his growing concerns that Jesus and the disciples will be perceived as a threat to the Roman Empire and will receive deadly retribution.  In somber tones, he reflects his premonition “My mind is clearer now. At last all too well, I can see where we all soon will be.” As the pragmatist of the drama, Judas sees Jesus’ current behavior as reckless, foolish, and selfish.

Thinking that Jesus has put his own stardom above the safety of the group and the Jewish people, Judas pleads with Jesus with a series of questions. Has Jesus forgotten how put down the Jewish people are by the Romans? Has Jesus forgotten that the Empire has enormous power and could crush them if they are not careful? Does Jesus not see how close he is to ending all the good they have accomplished in the last three years?

More than anything, Judas wants to be heard and wants Jesus to listen to reason. He raises a series of valid points as to why Jesus should abandon his super-stardom and keep a low profile, so that the group can continue to spread t

heir message and help the people. It is important to note that at this point in history there were dozens of men claiming to be the Messiah: the fulfillment of the Jewish prophecies. Each one of the “supposed” messiah has his own group of followers and message. To Judas, this Messiah role was never a part of his group’s trajectory, and he is concerned that the public mistakenly believes that their movement is based on his Jesus being the Jewish Messiah. Clearly confused by this turn of events, he demands that Jesus answer if he believes that he is the Messiah. If Jesus is the Messiah, Judas feels entitled to that information considering his dedication and service to their cause. The musical does an uncanny job of allowing Judas to serve as a “placeholder” for all Christians who are questioning their faith in Jesus. Jesus remains an enigma both to Judas and the questioning audience. Just what was he thinking in the week leading up to his crucifixion?

The High Priest, Caiaphas and his associate Annas, echo Judas’ concern that Jesus’ popularity will bring down the wrath of the Romans. The Priests’ Council determines that Jesu

s and his movement must be crushed, and that Jesus must be killed, sharing the fate of John the Baptist. Undeterred by the danger involved, Jesus and his disciples triumphantly enter into Jerusalem, surrounded by cheering, palm waving crowds singing, “Hosanna.” Finding the Temple overrun by money lenders and unsavory merchants, Jesus lashes out and angrily throws them out of the Temple. At this point, Judas decides that Jesus has lost his mind, and he feels obligated to do something to stop the impending Roman attack on the disciples and the Jewish people. He is driven by fear, trying to protect those he cares about and himself.  What he does to stop the Romans is for the good of all, he believes, and it is not because he seeks “blood money.” He is aware enough to realize that he may be “damned for all time,” but he acts because he feels he has no choice otherwise. Judas goes to the Romans and tells them that Jesus will be at the Garden of Gethsemane the following night and receives thirty silver pieces in return for the information.

The next night at the Garden, the audience witnesses the famous last supper. When Jesus announces that one of his followers will betray him, an angry Judas jumps up and retorts “cut the dramatics you know very well who!…To think I’d admired you,” Judas lashes out. “Well now I despise you!” Jesus responds by calling him “a liar” and tells him to go. The two men, teacher and pupil, share a final embrace, and the audience can see the pain, compassion, and regret exhibited on both sides. “Every time I look at you,” a frustrated Judas sings, “I don’t understand, why you let the things you did get so out of hand.” He then flees to retrieve the Roman soldiers and identifies Jesus with a kiss. Jesus is arrested, sent to a series of inquisitions: first with Caiaphas, the High Priest; second, with the Roman Pontius Pilate; and third, with King Herod.

In the performance, Pontius Pilate serves as another questioning archetype, compassionate and full of reason. Pilate argues Jesus’ innocence before the crowds, only to have Jesus’ supporters retort, “we have no king but Caesar.” The angry mob now threatens to end Pilate’s career if he does not fulfill his duty and crucify Jesus. Pilate knows Jesus’ innocence and entreats Jesus to save his own life, but Jesus declares the future to be fixed. Responding with disgust, Pilate declares Jesus a fool, sentences Jesus to death, and exclaims “die if you want to, you misguided martyr.” With the crowds screaming, “Crucify him,” Jesus is whipped, sentenced, and condemned to death on the cross.

Judas and Jesus: Pragmatism and Idealism for the Same Cause

“We made him a type of Everyman. Judas did not think of himself as a traitor. He did what he did, not because he was basically evil, but because he was intelligent. He could see Christ becoming something he considered harmful to the Jews. Judas felt that they had been persecuted enough. As far as what Christ was saying, general principles of how human beings should live together, Judas approved of this. What Judas was worried about was that as Christ got bigger and bigger and more popular, people began switching their attentions from what Christ was saying to Christ himself… Judas reckoned that if the movement got too big and people began worshiping Christ as a god, the Romans who were occupying 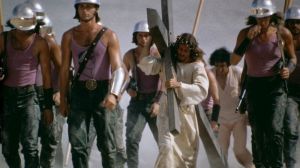 Israel would come down and clobber them.” – “Jesus Christ Superstar” Lyricist Tim Rice

Jesus, Judas, and the rest of the disciples share a belief in the philosophy of love, peace, and brotherhood. They dedicate their lives to serving humanity, but they maintain very different beliefs in what choices the group should make in the final days of Jesus’ life. The dichotomy between Judas and Jesus is a fascinating one. Judas is the practical one, concerned with image, message, public opinion, money, etc. Jesus is concerned only with the Message. That central relationship shows us a mammoth tug-of-war between pragmatism, represented by Judas, and ideas, represented by Jesus. Judas finds himself constantly frustrated and confused by Jesus’ refusal to look at the practical side of their situation, as verbalized in many songs from the Rock Opera, including “Heaven On Their Minds” and “Superstar.” They fight because they both care passionately about the cause and about each other. There are three main arguments that break out between them, during the songs “Strange Thing Mystifying” and “Everything’s Alright,” as well as, at the Last Supper. Judas acts as a kind of business agent and PR man, concerned over the political message they’re sending out, the perceived inconsistencies in Jesus’ teachings, and the money wasted on Mary’s ointments and oils.

Freemasonry is not a religion, but it requires its members to believe in God, whatever name they choose to give him. Masonry embraces all world religions, rejects dogmatic teachings, and teaches its members to question their beliefs. Those who have studied comparative religion will find that many facets of Christianity, including the Genesis story, the sacrifice and resurrection hero myth, and the miracles performed by Jesus were present in other world religious texts long before Jesus was born. While these similarities do not discount all of Christianity for many believers, they do raise questions that are voiced in Jesus Christ Superstar.  In the song “Superstar,” Judas questions Jesus about Christianity’s relationship with other world religions and whether all religions are essentially one. He sings, “Tell me what you think about your friends at the top. Who’d you think besides yourself’s the pick of the crop? Buddha, was he where’s it at, is he where you are? Could Mahomet move a mountain or was that just PR?” A Mason is at liberty to practice any religion in the worship of God, but Freemasonry does obligate him to question his beliefs in an effort to better know himself and his God.