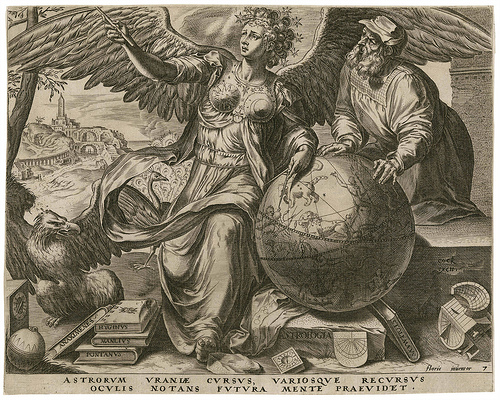 Astronomy and the Quadrivium

Perhaps your first thought, as was mine, is: “How can Astronomy be an ‘art?'” Furthermore, how can Astronomy be called a ‘liberal’ art? From a very interesting (and worth exploring) website called “Arts of Liberty,” we have a snippet for explanation:

“To call astronomy an ‘art’ can come as a shock to a modern reader… Perhaps without thinking much about it, we think of “science” as being a genuine and exact knowledge, whereas ‘art’ is more expressive, or touchy-feely.  But, that is not quite adequate, since medicine is also an ‘art,’ and it is anything but touchy-feely… And while ‘science’ and ‘art’ do not appear to be synonyms, it could very well be that the same discipline can be called both a ‘science’ and an ‘art,’ although for different reasons.

To understand this properly requires us to consider a sense of the word ‘science’ not in common use today.  The word ‘science’ comes from the Latin word scientia, which meant a very exact knowledge, a rigorous and sure knowledge of things deduced from self-evident truths.  The ancient Greeks would have called such knowledge epistémé...

In the vocabulary of the ancients, an ‘art,’ like a science, meant a carefully reasoned-out knowledge, but more than that, it meant a knowledge of how to produce something.  Where there is no ‘product,’ there is no ‘art.’  So it is possible for a form of knowledge to be a ‘science’ but not an ‘art.’  For example, Aristotle considered the study of god to be a ‘science,’ a body of knowledge rigorously reasoned out from self-evident principles, but not an ‘art,’ because it did not teach us how to make gods, or how to do anything about god.” 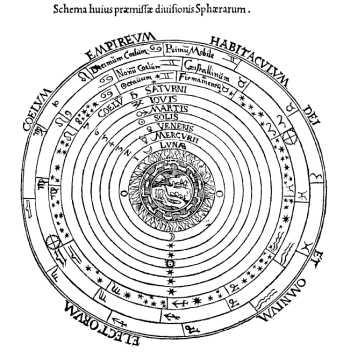 Claudius Ptolemy (100-170 CE) was a Greek mathematician living in Alexandria. His work The Amalgest was one of the most influential astronomical works until Galileo’s discoveries in the 17th C. The Amalgest documents many mathematical and astronomical treatises, including works by other mathematicians – works thought to be lost. The most significant piece of this Amalgest (total of 13 books), is the documentation of the geocentric model of the universe. Ptolemy’s work became the accepted theory of the structure of the planets and stars, with the Earth central to all.

This influenced not only astronomy and mathematics but also theology, philosophy, and fine art. Three centuries after it was written, Hypatia and her father Theon, genius mathematicians, added to the work with their own commentary, throwing in their thoughts of elliptical orbits, the procession of the equinoxes, revising Ptolemy’s Handy Tables, and introducing the sexigesimal calculation systems. It’s believed that this rendering of the Amalgest, with the Hypatia/Theon commentary, is the one that was used for the majority of the Middle Ages although no direct reference to Theon survives and Hypatia is mentioned only in a passing 10th C. reference.

And thus, the Quadrivium ends. I hope you’ve enjoyed my answer to the Bro.’s challenge of finding a significant event, work, or person who influenced each specific liberal art. The question was posed, should Freemason’s really learn the liberal arts? The answer, to me, should be obvious. Not only should we learn the liberal arts individually, but understand their context in the whole of being educated about the natural world. Human beings can be taught easily to survive; we cannot just “pick up” how to thrive, generate ideas, and create a better world.

An example of this “Freemasonic mindset” is James Madison, even though he was not a Freemason. In his early twenties, when the United States was in its infancy, he gave up much of his career and life to studying the histories and government of world cultures. He was relentless in his pursuit of the histories and knowledge of government administration, what worked, what didn’t; he studied philosophy, history, theology, art, classical literature, geography – the liberal arts and more. By the time he finished, and began his work in the new nation’s government, he was arguably the single biggest influencer in shaping the United States Constitution and the framework of our Democracy. By learning the past deeply, he was able to innovate and create a new world. To me, that is a main goal of the Service of Freemasons.