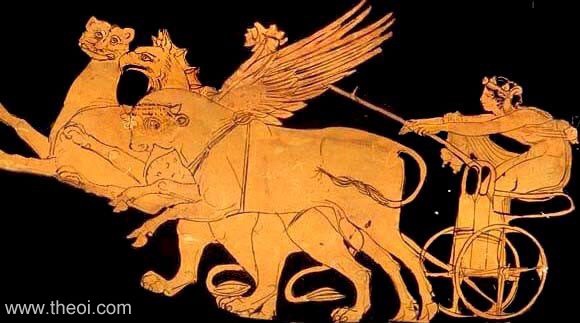 A wise and elder Freemason presented a talk long ago on creation, and the term “Dionysian Artificers” was noted in the essay. Ears perked up. I had never heard of this, them, whatever they were. As an occultist, writer and researcher, there is always something delectable in the unknown. Mystery schools and Greek Mythology. What gets better than that?

The first stop in exploration is the god of wine’s name, Dionysus. He is most famously known for being the god of wine, but he is also associated with fertility, the theater, madness, cultivation, and religious ecstasy. It is the latter part which is fairly intriguing. Dionysus, or Bacchus for the Romans, was the instigator of drunken festivals and debauchery. Or so Hollywood and sensationalists would have us all think. While is is generally accepted that Dionysian festivals were revelries of drink, they were, for true adherents, a special ritual in finding personal boundaries, learning the joys of freedom and free nature,  and knowing the limits of the psyche. There is a reason he is known as the “god of the epiphany.” In addition, being the inventor of theatre, there is a certain drama that is associated with Dionysus; this is important as we explore the part that Greek Tragedy and Comedy played in the morality teachings of generations of Greeks.

The word artificer comes from the Latin artificium, or one who “makes art. A craftsman.” This is more than what modern ears would typically associate with one who makes art. The artificer was a master craftsman; skill in making shoes and bread was as much an art as one who paints or writes. When the goods of everyday life were crafted, they were built by hands to last lifetimes. This takes a great deal of skill, or art. Anyone who crafts goods with care, detail, and skill is an artificer.

Then, what is a Dionysian Artificer? Well, one would think it could be a craftsman of mystery, a builder of ecstasy or theatre, ritual madness or wine-soaked festivals. However, for our purposes here, we are speaking of a real society of people, Greeks, who perpetuated the ancient mysteries as found in Eleusis and Egypt at least according to one 19th century author. 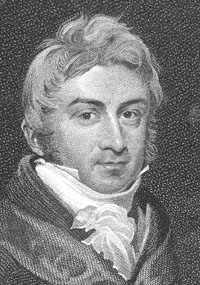 Hippolyto da Costa was a Brazilian journalist, author, and Freemason who, in 1820, published an essay entitled “The Sketch for the History of the Dionysian Artificers.” This essay was an attempt to prove that modern Freemasonry derived from ancient Greek philosophical and religious ideas. Da Costa (1774-1823) was imprisoned for being a Freemason by the Inquisition in Portugal in 1802; he escaped in 1805. “The Sketch” is a relatively short book, 104 pages, and no where in it does he specifically talk about Freemasonry. In fact, he never really discusses who the Dionysian Artificers really are. What I deduce is that they aren’t a single, unified “group.” The book starts off thus:

“When men were deprived of the light of revelation, those who formed systems of morality to guide their fellow creatures, according to the dictates of approved reason, deserved the thanks of mankind, however deficient those systems might be, or time may have altered them; respect, not derision, out to attend the efforts of those good men; though their labors might have proved unavailing. In this point of view must be considered an association, traced to the most remote antiquity, and preserved through numberless vicissitudes, yet retaining the original marks of its foundation, scope, and tenants.

It appears, that, at the very early period, some contemplative men were desirous of deducting from the observation of nature, moral rules for the conduct of mankind. Astronomy was the science selected for this purpose; architecture was afterwards called in aid of this system; and its followers formed a society or sect, which will be the object of this enquiry.”

In general, Da Costa states that the community that formed these rules created, via the vehicles of the local mythology, morality plays, symbolism, and a code of ethics that was transmitted to wider humanity via the mystery schools which worshiped the sun, most notably Eleusinian, Dionysus, Bacchus, Osiris, Adonis, Thamuz, and Apollo – again, in their forms as representing the sun. He goes on to explain his theory and where he derives his sources, which are numerous and intriguing. It’s almost difficult to track the speed at which he ties it all together, neatly discussing the death and resurrection experienced by the sun is to teach us all about the death and resurrection of all living things, and humans in particular. He talks in detail about philosophical ties to the mysteries and how, over time, these teachings have morphed. Of interest is his discussion of the procession of the equinoxes and the ties all these mysteries seem to have with Persia and its teachings.

“The emerging of the sun into the lower hemisphere, and its returning, was contemplated either as proof of or as a symbol of the immortality of the soul; one of the most important, as well as the most sublime tenets of the Platonic Philosophy.

The doctrines of the spirituality and immortality of the soul, explained by those symbols, were very little understood, even by the initiated; thus, we find some of them took those types to signify merely the present body, by their descriptions of the infernal abodes; whereas, the true meaning of these mysteries inculcated the doctrine of a future state of the soul, and future rewards and punishments; and that such were the doctrines of those philosophers show by many and indisputable authorities.

Remember, this was written 1820. The Inquisition was still in full force in the Catholic Church and Da Costa was a Catholic, and knew full well the touch of the Inquisition’s force for the presumed crime of being a “Free-Mason” in Lisbon. Other than writing about his time in the Inquisition’s grip, and “The Sketch,” Da Costa is known mostly for his influence on Brazilian journalism. The worldcat.org website does have some references on him for anyone wanting to know more about him. Mackey, in his Encyclopedia of Freemasonry, briefly mentions him. He published several books in Portuguese about Freemasonry.

“The Sketch of the Dionysian Artificers” is a fascinating book for anyone interested in knowing about Freemasonry’s origins and it lays out, for Freemasons, a clear indication of the origins of many of the symbols and symbolic activities contained in its rituals. A copy of the essay can be had from http://sacred-texts.com – here. There is also an edition wherein Manly Palmer Hall wrote an essay about the Myth of Dionysis, which has some continued insights from a modern perspective. Even more fascinating is following the links to the primary texts and sources whence Da Costa draws his conclusions. In the next part, we’ll explore the text itself and encapsulate what Da Costa was proposing regarding the origins of Freemasonry.