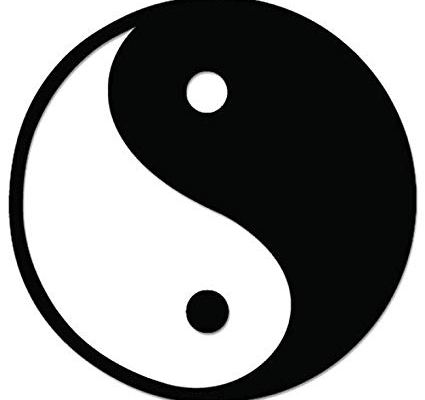 The Nature of Fractals – Part II: Of Spirit and Matter

In the previous part of this series, I introduced the concept of a fractal. It is a construct which appears frequently throughout our daily lives and Nature herself.

So what could be driving this self-similarity at multiple scales? It is my belief that quantum mechanics is related to the phenomenon. Recently, scientists demonstrated that quantum mechanics has fractal properties.  (Dacey, 2010) Recalling some basics of quantum theory, sub-atomic quantum objects are thought to have both wave-like and particle-like (mass) properties. When a quantum object is in the wave state, it exists in a number of probabilities – a number of locations. When the wave function collapses, it becomes a definite particle of matter discernible by our instruments at a specific location. At this point, the particle not only takes on position and mass, it also takes on fractal properties.

As alluded to by Dr. Pincus in his quote in the previous article, forming a fractal mass particle is very efficient and effective in terms of energy conservation. I believe that matter retains both wave-like and matter-like quantum properties no matter its form, just to varying degrees between the two. It is the wave aspect of matter that allows it to interact with other object waves. When a given particle replicates to either a smaller or larger scale, the primary form is determined by the original object at the smaller or larger scale (thus the similarity), but that form is affected by wave interactions with adjacent objects.

Thus, the variability we find in Nature for naturally occurring fractals. In other words, if those interactions did not occur, then smaller and larger replications would be a perfect copy of the original. “Adjacent” particles do not necessarily correspond to normal concepts of space and time given the quantum mechanical property of entanglement, which states that a given particle can affect another particle at some physical distance. It is also my belief that this quantum object is the embodiment of Spirit and Matter – that the wave function seen in quantum particles is an indirect indication of the existence of Spirit. Our current instruments cannot detect or measure Spirit directly.

Fractal mechanics in nature as described above suggest a dynamic relationship between the spiritual and the concrete – matter. A number of belief systems support this line of thought. An adjunct to Chinese philosophy’s Yin and Yang is the concept of Sungsang and Hyungsang. Where Yin and Yang describe attributes of an object, Sungsang and Hyungsang address the composition of the object – what it is made of. Sungsang refers to the non-visible aspects of an object while Hyungsang refers to the visible aspects of the same object such as mass, shape and the like. As an example, the Sungsang for a plant is Life. Both concepts are thought to stem from the Original Image, their origin.

Sungsang and Hyungsang exists in every physical object, from minerals to plants to animals to human beings in that order to form a kind of hierarchy. As one moves “up” through the hierarchy, the higher form introduces new attributes while taking on those lower down in the hierarchy. So plants, for example, introduce “Life” as it Sungsang, but also inherits physico-chemical aspects from minerals. The diagram to the right illustrates the concept. Sungsang and Hyungsang is one additional way to view and explain our inter-connectivity with Nature.

Note that the human level of the hierarchy adds the spirit mind and spirit body to the mix. Adherents to Unification Thought, those that believe in Sungsang and Hyungsang, believe that at the end of our lives, the material body – the portion of us that we inherit from the animal kingdom – falls away and our spirit, mind, and body continue to live on indefinitely.  (I. The Universal Image of the Individual Truth Body, n.d.)

Another concept coming from the psychology of mind domain seems to exhibit aspects of  spirit and matter as well. Dual-aspect theory or dual monism addresses the mind-body problem – how the mind and body interact and exist alongside one another. As can be imagined, because mental processes are involved, some of the theories can get kind of exotic – and dual-aspect theory is no exception.

Under this Theory, the object under consideration, normally a person, is neither physical nor mental, but an inseparable combination of the both. A term used to refer to this combination in the readings I explored is “phental.”

A further refinement of the theory postulates that the phental is unknowable and that the mental and physical aspects are but a portion of the true self being exposed. This last part has some interesting implications and is a potential reference to what is stated above regarding the wave-like portion of a quantum object. As stated previously, I believe the wave-like portion to be an outward expression of the imbuing Spirit. This line of thought then makes one wonder what could be the underlying truth regarding the physical aspect of the phental.

View all posts by bpkcjgorr