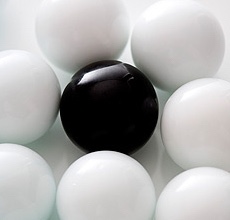 It seems that every English speaker is familiar with the term of “blackballing.” While some people associate it to the eight ball in pool or billiards, it really harkens back to Ancient Greece, and became an established part of the English language in 1770. It means the same thing today that it meant in 1770, or in Ancient Greece – to be rejected by adverse votes.

The function of “black balling” actually comes from the societies of Ancient Athens, where citizens were sometimes ostracized. Each year, during the Athenian assembly, the populace was asked if they wanted to perform an ostracism. If a particular city-state felt that a particular candidate for public office was effectually bad in the populace’s eyes (or, in some cases, might be bad), they would cast a secret ballot by writing the names of the person to be ostracized on a piece of pottery (ostraka). It’s speculated that some of the pottery shards were light in color and others dark. Names would be scratched into the shards on the black pieces and cast into an urn. After the balloting was counted, that person with the highest votes (6000 or more were needed) was ostracized for ten years. They could return after ten years with no loss of status, no loss of property, and no stigma. It was seen as a way to neutralize what might be an impending threat without any detriment to any party involved. Of course, the penalty for returning early, if not invited back, was death. Indeed, many were asked back in times of emergency or immediate threat.

Black pottery shards eventually became small balls of stone or wood, colored black and white, and urns became boxes made of wood. Many Freemasons would immediately recognize an early American (U.S.) ballot box as it is strikingly familiar to the ballot boxes used in Masonic Lodges today. The type of secret ballot used by Freemasons today originated in the mid-seventeenth century by not only governmental parties but gentlemen’s clubs, fraternities, and of course societies like Freemasonry. For significant choices facing the groups, such as admittance or expulsion, secret ballots are taken and then counted, the outcome such as rejection on admittance or approval of expulsion were enacted based on a specific count of black balls.

Hence, to be black balled is generally not good.

Balloting, or the original word, ballota comes from medieval Venice, where small balls were used in balloting by citizens (1540). At some point in history, these two terms coincided, ostracism and balloting, and today we have black-balled. Where voting is the raising of hands and out in the open, balloting is secret, hidden, and anonymous. While voting appears to be “light,” balloting implies a heavy judgement. One wonders, then, why we approve of anonymity when balloting? Why not take responsibility for so heavy a decision?

Perhaps it leaves the space for someone to be able to make that decision with a free mind and not be weighted down by the herd response of approval or disapproval. We seem to shun those who speak their minds and stand up for what is just and right. That may be a subject for another blog.

It does seem that one should put some care and thought into how they cast a ballot. We ask ourselves, when would I ever cast a black ball? What reasons could I give for supporting rejection of an applicant or expulsion from a group, rejection of an initiative or stalling someone’s progress in an organization? Who am I to judge? That seems to be a cop out. We are perfectly equipped to judge, as were are either the recipients of or the adherents to a particular group, government or organization. We passed. We were approved, for one reason or another. We are rational, thinking human beings and part of society – we are fully equipped to judge.

But do we judge well? “Justice to the applicant – we are taught to render justice to every man, not merely to Masons – requires that no black cube be cast for little reasons, small reasons, mean reasons,” wrote an anonymous, Ancient Free and Accepted Mason. This thought process should be taken by all humans, not just Freemasons, and in all situations, not just Lodge ballots. I’d say it should also not be for reasons of ego, personal gain, or to inflict punishment. We should be able to justify our ballots by reason, by well-considered examination of the facts, and a stoic assessment of what is better for humanity, the immediate humanity or the larger collective. 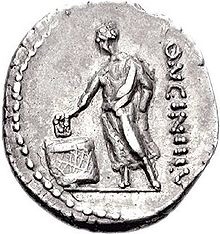 Most who cast ballots do not, also, attend to their own part in the process. We seem to cast ballots in a vacuum. Let others figure out the best candidate for the office, let some organization tell me what initiative is best for the way I think, or let others direct who should be included in my organization and who should not be. I trust them. Let them do the work. How infrequently do we actually read through the pros and cons of an initiative on a ballot, consistently – every election? What about reading through the minutes of our elected official’s meetings, or do a background check on an applicant, or better yet, get to know them? How often do we take our own personal lives out of the equation and figure out what would be better for humanity, not just better for our own little personal human?

If we don’t know the reasons for casting a ballot as we do, or cast it out of ignorance, how can we be entrusted with the welfare of humanity? Being a citizen, a legal inhabitant of a country which affords you its protection, requires a payment in return; that payment is to follow its rules and join in a common effort to create a positive, thriving society that creates safety for everyone. Citizenship is a very Western idea, again rooted in Ancient Greece and Rome, the concept is akin to a Freemasons Lodge. Each person who is a Freemason has a responsibility to the Lodge as she does to her own country: to participate in the creation of a positive thriving society of free-thinkers, educators, and promoters of humanity. It seems that the methods of a Freemason’s Lodge are akin to what we would like to see in our societies, our countries. Participation is key – in all aspects of our lives. This is a very practical application of Freemasonry: to learn how to participate fully, judge well, and learn how to improve the world around us. It starts with a Lodge. It can become so much more.

Part 2 will focus on why would we cast a black ball, and what does it mean to be black-balled.