Science is “the intellectual and practical activity encompassing the systematic study of the structure and behavior of the physical and natural world through observation and experiment.” We all perform scientific acts each and every day. Being aware and present in our actual work, home life, educational pursuits, and leisure all encompass some aspect of “science,” as described above. Do we not learn relationship interaction through observation and experimentation? Of course we do! Do we study others and then experiment with things like cooking, clothing ourselves, cleaning the house, and raising children? Absolutely. Life is science.

And yet… there are the science doubters. The Washington Post did an article, in 2015, on science doubters. Entitled, “Why is Science so Hard to Believe?” the article goes on to discuss confirmation bias, the discipline of the scientific method, and why so many people would rather believe media hype or misinformation from friends rather than actual science. Media is not science and it is not gospel. We consume the media that’s easy to consume rather than do the work for ourselves. It’s easier to doubt than to verify.

Neil deGrasse Tyson has an interesting quote: “The good thing about science is that it’s true whether or not you believe in it.” He also said that “the universe is under no obligation to make sense to you.” Both of these quotes speak to the hubris of humans – we think we 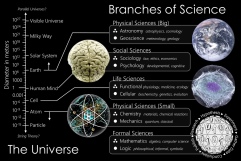 know much more about the word than we really do.

In a quote from an article on National Public Radio, the author quoted his friend, a professor of Jewish philosopher, as saying “science tries to make magic real.” The author goes on to specifically outline activities, now commonplace human activities, as ones that we once thought of as magical, for example, flying. We fly without a second thought; yet, 500 years ago, to say one flew was heresy, possibly leading to death. Other examples are the knowledge of “invisible” animals capable of making humans ill, or being able to see great distances into space (the past) through a telescope. The ability for our phones to “think” and talk with us would have been quite astounding to the medieval mind.

The author continues his journey with the main difference between science and magic: his belief is that the power of magic originates within us, where as science’s power originates outside of humans. Science is a set of immutable laws of the universe. Right?

Well, no. Science updates theories based on knowledge gained from further expressions of the scientific method, and then new theories are postulated. Science is evolving, a never-stagnant set of data that we are constantly testing and proving or disproving. Magic is generally seen as not obeying the laws of nature, being outside of those “rules” or “metaphysical,” as it were. Yet, we’ve all said it: couldn’t what we see as magic just be 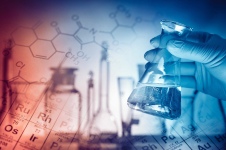 unexplained scientific laws that we do not understand quite yet?

Why are Freemasons charged to examine and study nature and science? Nature AND science? It seems that it might be because the world is made up of both the understood and the mystery. We have many questions to answer about nature and we use science to get there. Perhaps we could say we have many questions to answer about magic and science is the method. There’s no reason we can’t have wonder and reason hanging out together in our minds. We can appreciate the brilliant stars and the awe of an eclipse and still want to know how it happens. Knowledge does not take away wonder.

I want to believe that perhaps science and magic are part of the same evolutionary cycle – what starts out as magic becomes understood by science, which breeds questions within our curious minds, wonder at something unknown, triggering us to embrace the tools of science to explore. Freemasons get to play in both realms, being co-creators on the path of humanity.