Are you comfortable? Are you warm, well-fed, and dry? Do you have enough to drink? Warm showers? Bathroom indoors? Excellent. This isn’t judgement. You, like me, are a benefactor of decades and centuries of prosperity, war, genocide, environmental support and ruin, negotiations, smart men and women, and incredibly ignorant men and women. Our life here in the United States is far more fortunate than most of the world. And for all this fortune and well-being, shouldn’t we be an example? A role model, if you will?

And we’ve moved into a time of just the opposite: officials and citizens of the U.S.A. who would have us cease to be citizens of the world. We citizens, in our Typical U.S.A. fashion, are dreadfully close to leaning back, away from the political and global world stage, and saying, “Yeah, not me. Not now. I’m okay right here.” There are those who think we’ve extended ourselves too far – being the military and financial might that we are. We’ve stuc

k our noses into a lot of things – countries, business, trade, religion, and other government. It’s part arrogance, part global citizen, but do not believe it’s selfless. We are not by any stretch of imagination a selfless country.

Don’t get me wrong: there are many, many selfless people here in this country. Yet, we’ve not yet organized ourselves into a selfless mindset. We’re too fragmented, idealistic, narcissistic, egotistical, and fearful. With the new Republican administration sweeping our Nation’s capital, it seems we’re only going to continue down this road of fragmentation and insularity. We want to listen only to what we believe in. It’s too hard to stay in the game of change. We’re becoming immune and yes, I might say it, normalizing when it comes to the intense rhetoric. When a leading national policy maker, with the ear of the President says, that his personal agenda is the deconstruction of national administration, we should not be complacent. We should be attentive. These might be Fearful Words. I think that many of us who are idealists, moderate left to moderate right, hear this and think the sky is falling. A few might run protesting through the streets and ready to swing a heavy hammer back in another direction. Most wring their hands and hope that it will all go away. Maybe this IS the Twilight Zone.

But, hear me out… I think we need to stop and think. I

think we need to understand the motivations behind the chaos and deconstruction and near-anarchy. I recently read an article on Politico regarding Bannon’s reading list. It’s fascinating. It’s really about the dissatisfaction with the status quo reaching a head. The country’s dissatisfaction has been waiting to burst for many people for sometime – else, the message would have fallen on deaf ears and Hillary would have been elected.  Many of us who would not and do not agree with Bannon’s ideology have felt this same way also for a long time but perhaps we were too locked-into a single mindset to think differently. Bannon’s is a mindset that says, “Rush the gates!” rather than “Tunnel under the wall.” It’s a system that’s advocating for intense chaos that instigates intense change. As I said in an earlier, non-related post about chaos, entropy is the death of life. And yet, it’s as necessary as the upset to our equilibrium.

I am not advocating for intense, hate-based change. I do not believe in hate, lies, bigotry, or ignorance. Quite the opposite. And I do believe these things that are being done are being done to shock and awe our consciousness. There are people on the Right who are, like some on the Left, taking the message too far. These are people who advocate for and commit acts of hate and ignorance. I am not advocating for that. What I am advocating for is that we all should listen closely to what is being said. I am hoping we can stop and listen. Listening is the only way that I have personally found to make change. We need to shift into our “thinking man’s” mindset and really listen. Can we sift through the chaos and hear the real message? Then, once heard, can we shift into non-complacency?

I think that is our clear danger here. We are on the brink of sitting back, as I said, and waiting for someone else to take the reins of the Four Horsemen’s steeds and slow the oncoming apocalypse – and yes, I mean that in a literal sense directed towards our “world” not THE world. Someone else can get bloodied. Someone else can be uncomfortable. Someone else can be at the center of the debate. I’m fine just where I am. This is what I think Dan Rather was saying when he first stepped out on the stage after the election last year. “To all of you I say, stay vigilant. The great Martin Luther King, Jr. knew that even as a minority, there was strength in numbers in fighting tyranny. Holding hands and marching forward, raising your voice above the din of complacency, can move mountains. And in this case, I believe there is a vast majority who wants to see this nation continue in tolerance and freedom. But it will require speaking. Engage in your civic government. Flood newsrooms or TV networks with your calls if you feel they are slipping into the normalization of extremism. Donate your time and money to causes that will fight to protect our liberties.” 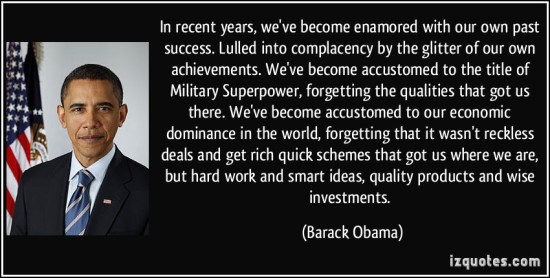 I do not think Americans are generally a “fight” first people… generally, as individuals that is. These people who carry the message of antisemitism, bigotry, and racism are easy to hate and vilify and condemn. It’s easy to just fall into the same trap of name calling, topic deflection, and rhetoric. I think it’s a lot harder to stand up and understand them, and then fight back differently. I’m not talking about actual fighting or even some of the things that we “traditionally” do when government goes awry, like protests. I’m talking about seeking to understand and then counter their measures on their own terms. We’re already seeing some of it. We’re seeing people who would never have considered running for office doing so now – both locally and statewide. We’re seeing letter writing and phone calls and new manifestos. We’re hearing those who might have been silent in the past reaching out with a clear voice and measured, thoughtful ideas.  We’re hearing about corporations who are funding where government is dropping off. We’re hearing about rogue insiders in agencies posting the true comments and stories rather than hiding behind the media. These are all good – and we can do more. We need to get into the minds of these people and understand the source, so we can reverse the river’s course. We need weird solutions to whatever is put before us. We need, as Obama said, “smart ideas.”

Dan Rather recently posted an update to the original posting noted above. He said:

“The time for normalizing, dissembling, and explaining away Donald Trump has long since passed. The barring of respected journalistic outlets from the White House briefing is so far beyond the norms and traditions that have governed this republic for generations, that they must be seen as a real and present threat to our democracy. These are the dangers presidents are supposed to protect against, not create.

For all who excused Mr. Trump’s rhetoric in the campaign as just talk, the reckoning has come. I hope it isn’t true, but I fear Mr. Trump is nearing or perhaps already beyond any hope of redemption. And now the question is will enough pressure be turned to all those who enable his antics with their tacit encouragement. There has been a wall of unbending support from virtually every Republican in Congress, and even some Democrats. Among many people, this will be seen as anything approaching acceptable. And mind you, talk is cheap. No one needs to hear how you don’t agree with the President. What are you going to do about it? Do you maintain that an Administration that seeks to subvert the protections of our Constitution is fit to rule unchecked? Or fit to rule at all?

This is an emergency that can no longer be placed solely at the feet of President Trump, or even the Trump Administration. This is a moment of judgement for everyone who willingly remains silent. It is gut check time, for those in a position of power, and for the nation.”

This thoughtful, measured fight isn’t easy. Some people may think I’m crazy for listening to “the other side.” Truth is, I’m on the side of humanity. I’m on the side of human beings being better than they are. Sometimes, we need to go backward or sideways to actually move forward. Sometimes we need the shake up of thinking differently to get back on an upward trajectory. Look, most of us were unhappy with the government. Congress’ approval rating has been the lowest in history for years – YEARS! Did it change the way we hoped it would, with sweetness and roses? No. But, let’s admit, it wasn’t going to change itself. It needed a huge shock to shift. How many times have you or someone you know said “If only a bomb would drop on Washington?” People even made movies about it. Come on. It’s the metaphor for “I wish it would change but I don’t know what it will take to do it.” We’ve thought this for some time. The weird thing is, now it’s happening and we, most of the American public, didn’t actually instigate it.

We should not get over our revulsion of hate and ignorance, and the acts which are committed in their names. We should not ignore the lies and “alternative facts” which come out of our Nation’s capital now. As Dan said, “…these are not normal times. This is not about tax policy, health care, or education – even though all those and more are so important. This is about racism, bigotry, intimidation and the specter of corruption.” Do not ignore these. We must, though, look into the heart of what is really happening and learn their strategy. We rise above it by infiltrating it, understanding it, a

nd then, crushing it. We need to have the equilibrium unsettled, the boat tilted wildly, before we can learn how to right it again, and find a sea that we can sail swiftly.

The chaos doesn’t have a plan for what to put back in its place. Bannon doesn’t have a plan for rebuilding the Government in his image. Trump might, but it’s unlikely. Chaos seeks to break apart not put back together. We, the thinkers and the doers, are the ones who will put the fragmented ideals back together into a government that perhaps works better than a previous one did. Maybe it will be a Democratic Republic. Maybe not. Maybe it will be something new and better. If we choose to do nothing, nothing will change or happen. If we choose to ignore the rhetoric and take the path less traveled, we become the ones the current Government fears. We become the agents of the real new world.

That is who I want to be, and I’m guessing most of you, too. To that end, we cannot be complacent in these times. Two months in, do not sit back in your sofa and turn on The Walking Dead; else, you’re in danger of becoming so yourself.