Cast as we are now into a state of civil unrest in some places, and massive peaceful protest in many others, it seems that racism is at the forefront of everyone’s minds. Indeed, this is a very real issue which is overdue for resolution. We, as a society, need to overcome both institutional racism, and widespread indifference to the very real struggles faced by the black community in America.

The Masonic Philosophical Society is an organization which values not only ethnic diversity, but also approaching problems with wisdom and objectivity. Particularly useful in the examination of any problem is to know what about it we can be relatively certain of? Science is the source of greatest certainty on any topic. In the case of the issues brought to the surface by the death of George Floyd recently, what can science tell us about racial bias?

THE SCIENCE OF RACIAL BIAS

Much of the rhetoric around racism is that it is learned, and we just need to unlearn it. However, if that were wholly true, then how would it have arisen in the first place? While it certainly seems true that racism is passed on culturally from generation to generation, there may actually be more to it, according to science. Most racism these days is not open or even necessarily conscious, but implicit and unconscious, at least in the majority of people. So how does this unconscious racism work?

Psychologists and neuroscientists have been studying racial biases scientifically for some time now, with many interesting findings. Much of it boils down to what many of us already know: We all carry implicit racial biases, which we would not consciously identify with, but in unconscious ways we nevertheless tend to treat people differently based on perceived race of that person. But why?

The theories of some experts are that our brains have a tendency to find patterns and to automatically categorize novel experiences or information according to those patterns, even when it isn’t rational to do so. This generalization becomes a self-fulfilling prophecy or feedback loop, as people of color are treated differently because of it, live in greater poverty, resulting in greater rates of crime, and the generalization lives on. This is a very difficult loop to escape, unless we expend conscious effort to change it.

So, based on this analysis, we can say that there is both a cultural and neurological component. Yes, we inherit it from culture, but the reason it keeps perpetuating is because of cognitive tendencies related to how our brains work, and perhaps why the phenomenon arose in the first place.

My experience as a white man with a majority of white friends and family has led me to believe that most white people do not overtly hate black people, although we surely carry some of the implicit biases described above, which we hopefully make efforts to override. I would say that the biggest issue in our time is not only implicit racism, but relative indifference to the struggles faced by the African American community among many people who look like me. 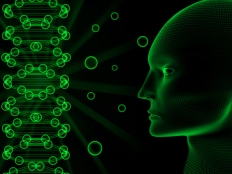 The Human Brain, Race, and Empathy

In a way, you could say that this is actually the biggest problem we face, because it’s what prevents action being taken to stop the small, truly hateful minority from doing what they do to persecute innocent people simply for having black skin, especially in our police forces. If more people were seriously concerned about it, things would change, which is hopefully what we’re seeing with the current events.

This is where some other research concerning race and empathy becomes very interesting. Essentially, what was observed was that rats were much less likely to help other rats who looked different from them than they were their “own kind.” However, researchers later added a variable, where they raised the different types of rats together from birth, and the result was that the rats that were raised together were equally likely to help one another out.

The takeaway? We are cautious about those who are different from us, particularly when we are not accustomed to them. In a sense, a certain trust has to be built in our brain, you could say, by spending time with those who appear very different from us; otherwise, we will regard them with greater caution, and potential fear, especially when cultural biases already incline us to do so.

The good news it that the parts of our brains that are primarily engaged in these kinds of reactions are the most basic, instinctual parts, such as the amygdala, the “fear center.” This area is activated automatically when we are shown pictures of people who appear very different from us, in some studies. Our higher reasoning ability is located in other places, such as the frontal lobes, and it has the ability to override these animalistic, automatic processes, through higher level decision-making and conscious effort, as many people obviously have done to become less racist.

Understanding the underlying biological factors contributing to implicit racism and lack of empathy for black struggles can help us not just to overcome this problem in ourselves, but also to understand why it’s there in the first place. Rather than placing judgments on people that they are “evil” or “without conscience” for being less concerned with racial issues than they ought to be, we can understand that a deficit of empathy to those perceived to be different from us is a natural bias which we must expend effort to overcome.

In that case, is it any wonder that many people haven’t put forth the effort to do that inner work, especially when not much in their culture demanded it from them? We must all overcome natural tendencies, for instance when we resist things like greed, lust, gluttony, or laziness.

Really, this is simply an aspect of being an upstanding moral person. We could simply add racial bias and indifference to that list of problematic natural tendencies, and consider it something which we must put forth conscious effort to overcome, especially since lives are at stake. We can also make a conscious effort to diversify our friend groups, so that we are less inclined to live in a bubble of only those who look like us.

Masonry and the Promotion of Equality

As Co-Masons, we are implored to overcome our bodily passions and unhealthy tendencies, and to function according to a higher purpose of aspiration to knowledge, and the betterment of humanity. We can and should consider overcoming our racial biases to be an important part of that process.

We are well aware of the unfortunate historical reality of mainstream Freemasonry’s past and even present (in some places), when it comes to racial segregation or exclusion. Although we are an entirely separate institution, we would like to make it clear to all that race is not a factor which we even remotely consider, when it comes to accepting new Masons into our ranks. People of all ethnicities, political views, genders, and religions are welcome in our temples.