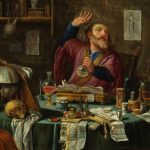 The study of the changing of base metals into gold seems to reach the top favorite of occult topics for many. Steeped in a rich history, all who study it have their various reasons for loving Alchemy and why not? What’s not to like? The idea that one can start out with an imperfect substance and through labor and effort transform it into one of the most precious and perfect metals desired is to be desired itself.

Alchemy has a long history that modern science has reduced into one sentence of otherwise large and heavy textbooks — Alchemy failed.

This statement hardly gives any indication that there were brilliant minds involved in this once noble science. Robert Boyle and Isaac Newton were no sycophants or charlatans and they were deeply respected (and still are) for their enormous and varied contributions to science. Why, then, did Alchemy not make the cut? The answer is quite simple — well kind of — Alchemists were playing with the wrong stuff.

Fundamentally and generally speaking Alchemy is based on transformation. This is the process of taking a metal, like lead, and changing it into another metal, such as gold. In order to do this, an alchemist would need to reach into the center of an atom, into its nucleus (or essence if you would like to call it), and add or take away one of its major components: protons. 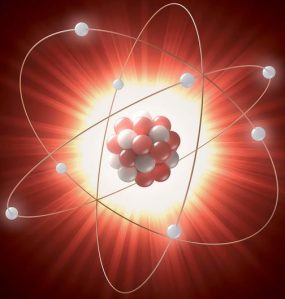 Protons at the Center of a Nucleus

This is no easy task. Atoms tend to really like their protons right where they are – at their center. This is because the number of protons provides the atom with a level of stability while giving them their identity. For example, hydrogen has one proton, helium has two, lithium has three, and so on. You can imagine how very important protons are. So much so, that atoms protect their nucleus with layers of small but really powerful particles called electrons.

These super tiny subatomic particles are what alchemists were working with back in the day instead of the needed protons. To put it metaphorically, alchemists were working on the peel of an avocado rather than inside the seed. At the height of Alchemy, in the High Renaissance, the existence of protons wasn’t known so alchemists weren’t able to change their tactics to get things right. This is the reason transmutation continually evaded them… and why Alchemy eventually failed. Or did it?

Modern science owes much to Alchemy. If Newton’s statement holds true that he saw further only because he stood on the shoulders of giants, then Chemistry today stands on the shoulders of Alchemy. It is because of Alchemy that advancements in the periodic table took place, that the nature of metals is more thoroughly understood, and the development of the atomic theory progressed from its proto-theories into our current quantum understanding.

Can it be called coincidence that the Father of Chemistry is none other than the beloved alchemist Robert Boyle? I do not believe so. What the alchemists gave us, among other things, is better knowledge of chemical behavior. So did Alchemy fail in its purpose of transmutation? Yes, it did. But it didn’t fail us all together. 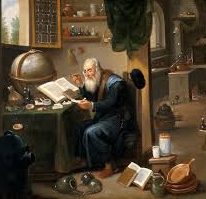 An Alchemist in His Laboratory

Imagine an old laboratory room full of musty and sour scents with bubbling concoctions of a variety about it. Sitting at his workbench is a hunched-over bearded man, deep in contemplation as he stares intensely at the flask in front of him. It isn’t a difficult scene to picture but what is harder to imagine are the silent and mysterious thoughts of this unknown man. Why is he looking at the blackened substance with such complexity? With such expectation?

It is because that mass of material represents his very essence, and he doesn’t understand it. Not one bit. You see Alchemy isn’t just about transformations of materials like its successor Nuclear Chemistry. It is about tying one’s personal evolution and transformation to that lump in the flask. This prima materia, as it is called, is the proxy of the alchemist and he will make it undergo numerous experiments. The constant subjecting of the substrate to fire, acid, and time is emblematic of the alchemist unlocking the conditions and behaviors that block him from reaching perfection or the Philosopher’s Stone.

This stone is achieved only through the agony of self-scrutiny and long hours at the workbench. It represents gold or the perfected material and is the ultimate achievement of any alchemist, if accomplished. There is something profound and beautiful about this intense exploration and application. Alchemy is the very symbol of Man realizing that he, at his most basic level, is no more understood than the substrate he has captured in his round bottom flask. And that he can become more than this undefined mound if he truly works for it. 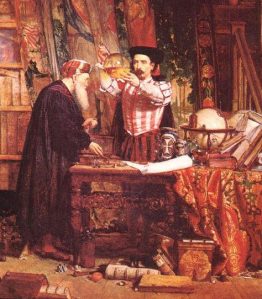 Alchemy failed on one level but it has found supremacy on another. There is more than value in trying to understand our human nature through the nature of other things. That value is purpose and we find it through personification. Personification of our universe has been our means of communication with it. The laboratory has been and can be another way we personify our hidden nature. It enlivens our senses like no textbook can. And our senses are the gateway to experience and authentic knowledge.

We should look to Alchemy as a spiritual method of self-discovery and actualization and not a valid empirical science of transmutation. The latter holds no future in its outdated form, but the former holds the potential of all of our greatness.