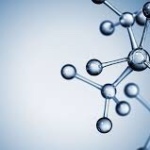 One would think there is no debate about science. The scientific method is, quite simply this: “a method of procedure that has characterized natural science since the 17th century, consisting in systematic observation, measurement, and experiment, and the formulation, testing, and modification of hypotheses.” What I find extremely interesting about this statement is the use of the word “nature,” or rather, natural science. It bears noting that “natural sciences” are those sciences which have to deal with the physical world – astronomy, physics, biology, geology, etc. In other words, it is a study of, you guessed it, the natural world.

At a recent M.P.S. meeting discussing the impact of humanity on the earth’s physiology, or eco-system, many arm-chair scientists spoke up and theorized on the state of our globe’s atmosphere. One person noted that there is a “layer of bacteria” it the atmosphere, and this could be the cause of some of the earth’s climate issues. Skeptical, as always, I wanted to know more. Using the internet and what I hope were reputable sources, I determined there is not a “layer” of bacteria but viruses and bacteria do get swept up into our atmosphere and in some cases, may be able to thrive there. There is no indication, however, of their impact on Earth’s changing or evolving climate.

The activities I undertook to understand what someone was saying were also a topic of this very same discussion. We have many ways of obtaining information and while the internet and search engines are helpful, they are not the “end all” of research. When libraries and bookstores were the norm, the person doing the research had to know the topic area, perhaps some reputable authors or scientists, and then searched and read through information to find data to support, or deny, whatever message they were researching. Now, it is slightly backwards – we’re provided the data quickly, but with little background on who, or what, produced this data.

While the tools may have also made the data easier to find, we have become less able to do actual research. In a recent airport visit, I watched a “Big Story” about a man who became fascinated with sea horses. He moved to California from his native Iowa, and during a dive in 2016, he spotted sea horses in the Long Beach harbor. He became fascinated with the creatures and now averages 1500 miles per year, driving and diving up and down the coast of California, to study sea horses. He is not a biologist or scientist of any kind. Yet, over time, he’s taught himself to start taking data, creating biomes for these creatures to study them, and become one of the foremost authorities on sea horses. Why? Because they fascinate him. He is passionate about them. Dare I say, he loves them.

We normal humans have become subjected to being fed “science” and rarely make the time or foment the passion to study a single piece of nature. We might find flowers beautiful or animals majestic, but we move right back to our computers and away from the natural world. When we get out into the world, we begin to understand it in a way that computers and spoon-fed data can never provide. Rather than find a path to learn, we are mortified by “not knowing” and become fearful. We look for information to make us feel better, to generally support our suppositions. We do not gather data based on observation or theory, like our friend above, nor do we really obtain knowledge. We lack understanding. We take what we hear, and return to the world around us a feedback loop of information that is consumed but not subsumed.

Why is science, a respect for science, important? For two reasons, I believe. The first is our ignorance of true science, of true nature, ignores the facts of the world around us. It drives us away from being of nature, when in fact we are nature. We lose context and disseminate false information. Fake news isn’t fake because someone simply lies; fake news is fake news when we perpetuate it without solid understanding and investing in personal research. We then make choices about how we live and how humanity thrives based on misinformation.

The second reason true learning of nature is important is because understanding nature stops fear and anger in its tracks. Understanding the larger cycles of the earth, geologic cycles, helps us understand better what is, and is not, human impact. It complicates what we want to be simple, but it complicates it because it is complicated. Nature needs to be understood by our individual selves, otherwise, we’re not really learning. We are part of this great body of animal, mineral, and vegetable. We’re made of stardust and earth, of air and water. We’re electrical and chemical. So is the world around us. If we seek to understand the universe, we are really seeking to understand ourselves. Destroying this ignorance destroys fear and hate.

While I think we should question everything, I am not so sure there should be debate about science – about its existence and use in our lives. There should be no debate about nature, about physics or chemistry, no debate about exploration nor about the extrapolation of research. We should all become our own scientists in this world, curious and intuitive, passionate about life. Humanity isn’t separate from nature; humanity is nature, and thus, we study nature, we study ourselves. We learn. We grow, We become better.