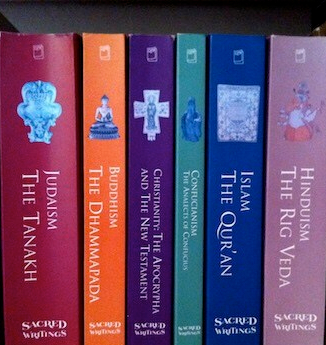 What is Sacred Lore? These words are on the tongue of almost every Freemason, regardless of obedience, religion, creed, or geography. Yet, I have seen little depth into figuring out what they are, how they made their way into a Lodge and Freemasonry, what is their significance in Lodge. Many writers have spoken about these volumes, which may be termed sacred lore or sacred law. The inference there is that one is suggestive of stories and myths, while the other is orderly and a series of rules and codes by which to live. Here we really get into the difference between dogma, ethics, and morality. Does one need a book to be a moral person? Does one need religion? Does a Freemason need religion to be a true Freemason?

Some Freemasons think so, and others do not. Since its inception, Freemasonry has juggled a thin line between religion and morality. Not all Masonic Orders are the same, and there are wild variations about what is acceptable and what is not. Some Freemasons do not allow anyone who is not an avowed, church-going Christian. Catholics are discouraged, and in some cases forbidden, from becoming Freemasons. Some orders of Freemasons allow atheists, and still others don’t care what you believe in, as long as it is “something greater than yourself.” Religion and Freemasonry have struck a unwieldy dance through the ages and it does not promise to get any better any time soon.

Most Freemasonry groups have a requirement for a general belief in “god,” and study religious texts as they apply to overall morality and ethical behavior. These religious 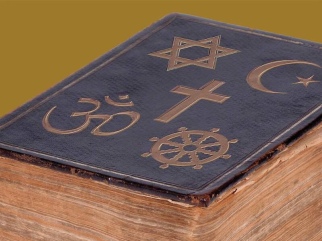 texts are, for the most part, guidelines on how one should live their life and are the generally accepted texts of most major religions. Taken in their “symbolic” form, they are meant to be an expression of the highest human civilization can achieve, for itself and the world it lives in. Whether you call them codes, rules, mores, or dogma, the end result is the same: guidelines for how to be a good human being in a world filled with other human beings and living creatures. We need to get along to survive as a species and these texts are there to provide us the guidelines. While not everyone needs a guideline, many do. Even if you do not feel like you personally need a guideline, it is probably a good idea to know how other people think, in order to get along and be a generally good citizen of the world.

In general, many people take these books to be “inspired by God,” although written by men. When one asks,”Is the Tao de Ching a sacred text?”, the answer is likely to be yes. Written by man, it is still generally to be an inspired text to assist with the building of a human race. Why? Why did a culture choose that particular text to venerate? Isn’t it likely that it could be anything? What about the I-Ching? Is that not a sacred text? Perhaps it is, perhaps not. There may be many answers to the “what makes something sacred” question and any of them may be correct. It may be that the leaders of specific religions are the authority on their related texts; yet, who is to say really what makes something sacred? Perhaps we just take their word for it and call them all sacred.

To be sacred means that it’s entitled to reverence or veneration. It’s set apart – a text, in this case, that is set apart from other texts. This implies that being inspired by divinity

sets it apart. It has a different quality; it was written by someone to be venerated or exalted, for example, or it has a quality that we recognize as being special, valued, or important.

The controversial question is this: who are we humans to say what is divinely inspired and what is not? From those who have read widely, it may be clear that works by Shakespeare are something special. Were they not language-changing for English speakers? I do not believe we mere mortals can say that these works were not divinely inspired and yet, we would not call them sacred texts. We assume that a sacred text must belong to a religion. Yet, there is sublime poetry by Sappho, Byron, and Borges that touches the face of god and strikes directly to our hearts. Anything that creates an intense, life-changing emotion could be communication from the divine and perhaps we would do well to listen.

Encyclopedia Britannica states that “…their common attribute is that their words are regarded by the devout as sacred.” That is, the words that are on the page are to be revered by the devout. This does not mean that they are revered by all… except, perhaps, by Freemasons. Freemasons, in general, accept all of the world’s “sacred” texts as words to be studied.

Where a religion may view its own texts with reverence and exclusivity, Freemasons see the wisdom included across all of the world’s religions and venerate them all equally. Why? Because morality and ethical behavior are really the crux of what these texts are about. They teach humans how to live well with each other, how to live 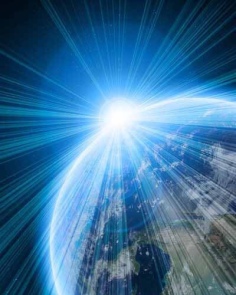 well with the world around them, and how to be able to not only help the human race continue to survive but to increase the positive influence in the world and promote the general welfare and progress of human society.

These texts, because of their sacredness, are also open to negative and destructive morality. Religion taken to the extreme, any religion, corrupts the message of something positive into something consumptive. This has been true throughout the history of the human race but even more so in the last two thousand years. The baser human nature twists the message and those who live in primal fear follow that message. There are many who view “sacred texts” of religions with disdain and hatred for the corruption they have sown. In all of this, its up to the human element to decide how the word will be interpreted – for the good of humanity or the destruction of it.

There is truth everywhere we look, depending on how deeply we look. One must take the time to explore to really learn and to experience to really learn. What is it that Mulder would say? The Truth is out there…

Read more Sacred Texts at sacred-texts.com. They have nearly every conceivable sacred text that one could ever want to study.