From Time Immemorial, Humanity’s Celebration of the Summer Solstice

The Summer Solstice, which is also commonly known as Midsummer, takes place when one of the Earth’s poles reaches maximum tilt towards the Sun. In the Northern hemisphere, this occurs when the Sun enters Cancer, somewhere around June 21st. In the Southern hemisphere, it occurs when the Sun enters Capricorn, somewhere around December 21st. As a result of this tilt, the Summer Solstice is the longest day of the year.

Human beings have been marking the Summer Solstice for a very, very long time. In Wiltshire, England, from the vantage point of the middle of the stone circle at the famous Bronze Age site of Stonehenge, the sun rises directly over the Heel Stone. At Fajada Butte in Chaco Canyon, New Mexico, a dagger of light appear to pierce the heart of the 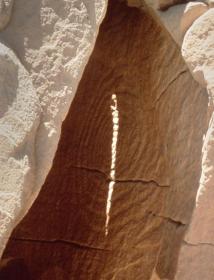 petroglyph’s spiral. The Greek Antikythera mechanism which, depending on which set of scientists you ask, has been dated anywhere from 250 to 60 BCE, is a marvelous piece of engineering that was used to track, among other dates, the Summer Solstice and the start of the Olympic Games.

Today’s Druids celebrate the Summer Solstice with the festival of Alban Hefin, which means “The Light of the Shore.” For them, the seashore is a place between the worlds, where Sky, Sea, and Earth meet. They view the Summer Solstice as an expression of that liminality, because while the Sun God is at His strongest, His strength is also declining, and the days will grow shorter.

Ancient Druids gathered mistletoe from oak groves at high noon on the Summer Solstice. Mistletoe does not have berries in the summer, and in that form it was prized for its powers of protection. In order to ensure that none of this protective power was lost, Druids would spread or hold white linen under each tree so that the mistletoe would not 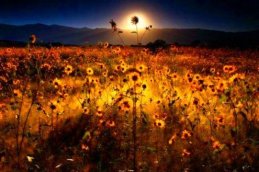 fall directly on the earth and send the power into the ground.

Wiccans and similarly oriented Pagans refer to the Summer Solstice as Litha. Named after the Anglo-Saxon grain goddess, Litha celebrates the fertile powers of nature at their highest point. It is a time for feasting, swimming, bonfires, and even fireworks. As the Summer Solstice represents the marriage of heaven and Earth, it is also a popular time for Pagan weddings, complete with couples “jumping the fire” to cement their vows. One ancient tradition that is being revived in some areas is the ritual of driving livestock through the dying embers of the Midsummer fire, though with the safety precaution of actually having two smaller fires with a path between to lead the animals through.

Among the metaphysically inclined, one common belief about the Summer Solstice is that it is one of those times of the year when the “veil” between the living human world and the Otherworld becomes thinner. In particular, many stories of humans entering the world of the faeries, or sightings of faeries in the human world, occur at Midsummer. Perhaps some of these stories – or sightings of his own – inspired William Shakespeare to 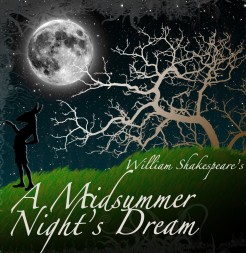 The Summer Solstice is a traditional time to gather herbs for purpose of protection, both for homes and animals. Boughs of rowan can be hung over entrances to stables, barns, chicken coops, sheep and goat enclosures, etc. – to protect the animals from disease or harm caused by evil magick. By the same token, a sprig of rowan hung over a pet’s favorite spot would confer the same special protection. Rue is considered protective against disease and poison, though it is poisonous itself when ingested in sufficient quantities. In Italy, rue was considered such an important herb that jewelry makers would make silver replicas of it to act as protection against the Evil Eye. In England, rue was believed to confer protection against faerie enchantments.

In one of many attempts by the Church to eradicate Pagan practices over the years, June 24th was designated “St. John’s Day,” in hopes that it would replace Summer Solstice celebrations. This is how St. John’s Wort, another herb traditionally gathered at 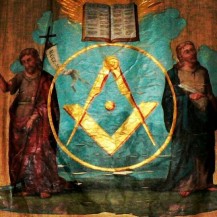 Midsummer, came by its name. St. John’s Wort flowers around the Summer Solstice, and those flowers are a cheerful, sunny yellow. In addition to making a lovely yellow dye, St. John’s Wort is also credited with the ability to bind spirits wherever it is hung.

Vervain is another herb that is traditionally gathered at the Summer Solstice. Vervain is believed to have the power to purify and to banish evil and negativity. Lavender is also gathered at this time and is used to make incense for Summer Solstice rites. Fern seeds, which are really spores still attached to the leaf and worn in the shoe, were once believed to make the wearer invisible. Today, the root of the male fern, with leaves intact, is dried over the Summer Solstice fire to create the “lucky hand” amulet.

In the East Anglian Tradition, the Summer Solstice is the seventh of the eight festivals of the natural year, which are celebrations of what Nigel Pennick calls “The Stations of the Year.” These stations express the round of life, death, and rebirth that is such an integral part of the agricultural cycle. At the same time, they are also a way of exploring the metaphysical questions of life, death, and the path to spiritual enlightenment. In this tradition, the stations are as follows:

Druids, Wiccans, and Celtic-centered Pagans have a slightly different approach to observing the overarching cycle of the natural world. They refer to it as “The Wheel of the Year,” and conceive of the cycle as follows:

Although the Summer Solstice occupies the seventh spot in the Stations of the Year, and the fourth spot in the most common Wheel of the Year, its essential significance is the same in both calendars. The Summer Solstice is a time to celebrate the light when it’s at its strongest, when exuberant growth is at its height. At the same time, we are reminded that the light will begin to wane thereafter, and that we would do well to consider the nature of our spiritual harvest.

“The Eightfold Wheel Of The Year & The Druid Festivals.” The Order of Bards, Ovates, and Druids. https://www.druidry.org/druid-way/teaching-and-practice/druid-festivals/eightfold-wheel-year-druid-festivals